Urban farming for all.

In India, the lack of regulation on the use of pesticides and the low level of qualification of farmers leads to excessive use of these products, dangerous both for environment and human health. If the quantity applied per hectare remains low (0.3kg / ha / year on average against 2kg / ha / year in France), mostly because of farmers poor financial accessibility to these products, it is the toxicity of the molecules used which is mainly pointed out. Molecules ranked in the highest category of toxicity by the WHO (World Health Organization) and banned in the European Union for several decades, such as monocrotophos banned in 1991, are still widely used and even synthesized in India. Deadly poisonings and long-term health effects are regularly reported by the press, but these warnings mostly spread among literate urban populations.

“Banish the pesticides from the table”, is what Satyendra Prabhu wants, co-founder and strategic director of the start-up Woolly Farms, launched in 2016 in Bangalore. Woolly Farms responds to two challenges: pesticides, but also the self-sufficiency of city dwellers in vegetables and herbs, achievable according to him through a judicious occupation of space. The terraces on the roofs of the buildings are indeed accessible anywhere, but there is little more than water tanks and clotheslines.

Woolly team turned to hydroponic greenhouses, within growth medium monitoring reduces the risk of pests and diseases, hence the need for pesticides, while saving water resources, since it circulates in a closed loop. It also makes it possible to produce throughout the year as weather has low impact on production. After successful trials on lettuce carried out from December 2016 to January 2017, in their first small greenhouse of 19m2 installed on a positive deviant terrace, they were able to sell their first “live fresh” lettuces in clay pots, which increases their shelf life to 2 weeks without ever losing their freshness. The positive feedback received allowed them to move to the network development phase.

Their goal is to create a community of connected urban farmers. Woolly operates by opening hubs across Bangalore, around which a community of private mini-greenhouses is developing. A hub consists of a greenhouse dedicated to learning and producing seedlings. Hubs also play an important role in collecting data from these connected farms, as part of the development of an open source deep learning platform. Its purpose is to provide a precision agriculture service, predictive analysis and to warn these new urban farmers of the operations to be carried out. Finally, the hub also serves as a distribution channel for crop surpluses that are not self-consumed. Every day, Woolly sells around 800kg of vegetables and herbs.

In addition to these communities of individuals, Woolly develops commercial farms on rooftops of hotels and supermarkets, that enable them to switch to short-circuit consumption.
Woolly Farms is a social enterprise that  provides urban agriculture as a service, from the design and installation of the greenhouses to the distribution of the yields. This technical accessibility can be considered as a third from of accessibility. As Satyendra Prabhu explains, “selling a farm” is not effective in a context where the priority is to initiate change by training the population in urban agriculture. Woolly has also opened a greenhouse in a school, and intends to open many others. 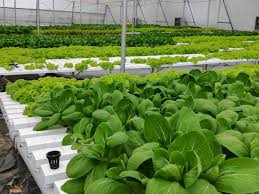