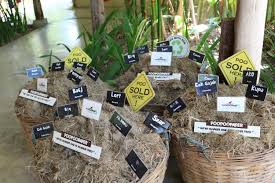 As you may guess, this company produces paper with… elephant poo! But not only: cows, donkeys, horses, and agricultural waste too !

The idea came to Michael and his wife Kanokrat when they decided to open their own business. They fell in love with the handicraft and especially thaïlandese paper, but they also wanted to produce something unique and original. The bet is won: after supplying many zoos and natural parks across Asia and north America, Poopoopaper is now widely produced under many forms and colors and sold in their own shops. An adult elephant can defecate around 150kg of undigested fibers per day. Considering the numerous elephant parks around, the management of this waste is a real problematic for the villages which are really happy to provide it to Poopoopaper Park! Since 1kg of dry poo can produce 60 to 70 sheets of paper, the supply is more than enough for the production. In exchange, Poopoopaper provides sugar cane and other treats for the elephants.

The main focus is also to have a green process: no bleach is used to whiten the paper! The water comes from a pond built next to the factory, and can be returned in the nature after use, since no chemical is used! Finally, the company also aims at helping locals by only employing Thaï and local minorities from Northern Thaïland.

Even though Poopoopaper doesn’t expect to change the world by themselves, they aim at grasping attention and show a fun way of caring about the environment!