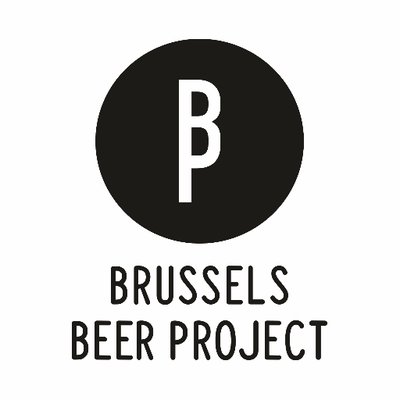 Analysis by the association: September 2016

A beer made from unsold bread.

The Brussels Beer Project is a collaborative brewery born in Brussels in 2013. This project was born from the desire of young brewers to “dust off the brewing industry”, by making original beers in limited series, following their desires and especially by involving a community of aficionados.

Since the creation in 2013, the brewery itself was built in 2014 on the occasion of a crowdfunding. Then, in 2015, a tasting and sales center was installed. Today, 4 beers are brewed throughout the year, to which are added beers of the month, which are ephemeral.

This company recovers unsold bread locally to make beer while reducing the amount of malt needed to make it.

Thanks to the Brussels Berre Project, unsold or stale bread is recycled and valorized again through good Belgian beers.

presentation of the circular economic approach

The Brussels Beer Project is a “collaborative” brewery, meaning that everyone can submit a beer idea inspired by a film, a music, a fruit … on an internet platform. The idea is submitted to a vote of Internet users, and a winning beer is brewed by its author and the master brewers.

But BBP beers are ephemeral: in all, about thirty beers are created every year. Only four beers are produced permanently. Among them is Babylone, of which 20% of the malt is replaced by unsold bread. 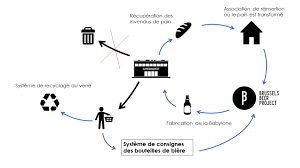 The creation of Babylon makes it possible to value unsold white bread that would otherwise have been thrown away. The process that turns bread into a substrate that can be used in breweries has been developed gradually, and nowadays it is possible to replace 20% of the necessary malt with bread.

Babylone has many positive spin-offs, since in addition to limiting waste food, it has created a job of reintegration.

By its anti-waste impact, Babylon contributes to sustainable development.

Using unsold bread -bought at a cheap prices- allows the brewery to save money.

The transformation of the bread necessary for its use in brewery led to the creation of a full-time job. The members of the Brussels Beer Project decided to take advantage of the presence of a nearby association and to entrust this job to a young person in reintegration.

Among the factors that may have favored the emergence of such a project are the partnership between the Brussels Beer Project and Delhaize, a Belgian supermarket chain, which has guaranteed both regular supply of unsold bread and an outlet for Babylon, the “circular” beer. The strong promotion of this beer has helped it find a stable market.